Are You Ready for Some Football?

Are You Ready for Some Football?

Well, if you are, you've already missed the debut of the latest indoor football league, the FCF (Fan Controlled Football). The league kicked off action last night in Duluth, GA, with a game in which the Beasts defeated the Zappers 48-44. As the name implies, the fans are largely responsible for the action in the FCF, since they call in plays on the league's app. Before the season started, they also voted on league rules, uniforms, and the draft, and they are currently working out details on the playoff format. In addition to the Beasts and Zappers, the league features two other teams, the Glacier Boyz and the Wild Aces. Johnny Manziel is the most recognizable name in the league, and he almost scored a touchdown on his first play from scrimmage as QB for the Zappers.

The league is 7 on 7, with two 20 minute running halves and a six-minute halftime. One 30-second timeout per team per half. The goal is to complete a game in one hour. The clock only stops after scores, penalties, or injuries, or at the 1-minute warning each half. After the 1 minute warning, the clock stops on after first downs, out of bounds plays, or incompletions. The field is 50 yards and there are no kickoffs, punts or field goals. Teams start at their 10-yard lines. After a score, there is a 1 on 1 extra point try with a receiver and defensive back chosen by the fans. The QB has 3 seconds to throw the ball, and it's worth 1 point from the 5 yard line and 2 points from the 10 (the fans choose which extra point the team will try).

After each game, the teams have two franchise players chosen by owners and one "keeper" chosen by fans. Everyone else goes back in the pool for a redraft for the following week's games. Again, fans select the draftees. Both offensive lines and defenses are chosen as a unit, similar to fantasy football. The offensive playmakers are drafted individually.

During the game, fans lock in run or pass on their smartphones each play and then select one of four options. The team then runs the option that gets the most votes. The team has ten seconds to snap the ball after the play is selected. Fans who do well in selecting plays or drafting players will move up in the fan rankings and their votes will be more heavily weighted in future weeks. There is one head coach for all four teams, and one position coach for each position for all four teams. The regular season will be six games. Richard Sherman and Marshawn Lynch are among the team owners.

--Opening possession determined by a game of rock-paper-scissors
--College-style overtime with alternating possessions from the 10-yard line
--"Onside kick" allowed at any time after a score. Team gets a fourth and ten from its own 10-yard line and must convert to keep the ball.
--The offense has one center, two guards, the QB and three running back/wide receivers. The defense has three linemen, one linebacker and three DBs. The linebacker may blitz. The offense can also substitute a specially numbered eligible tight end for one or both of the guards. 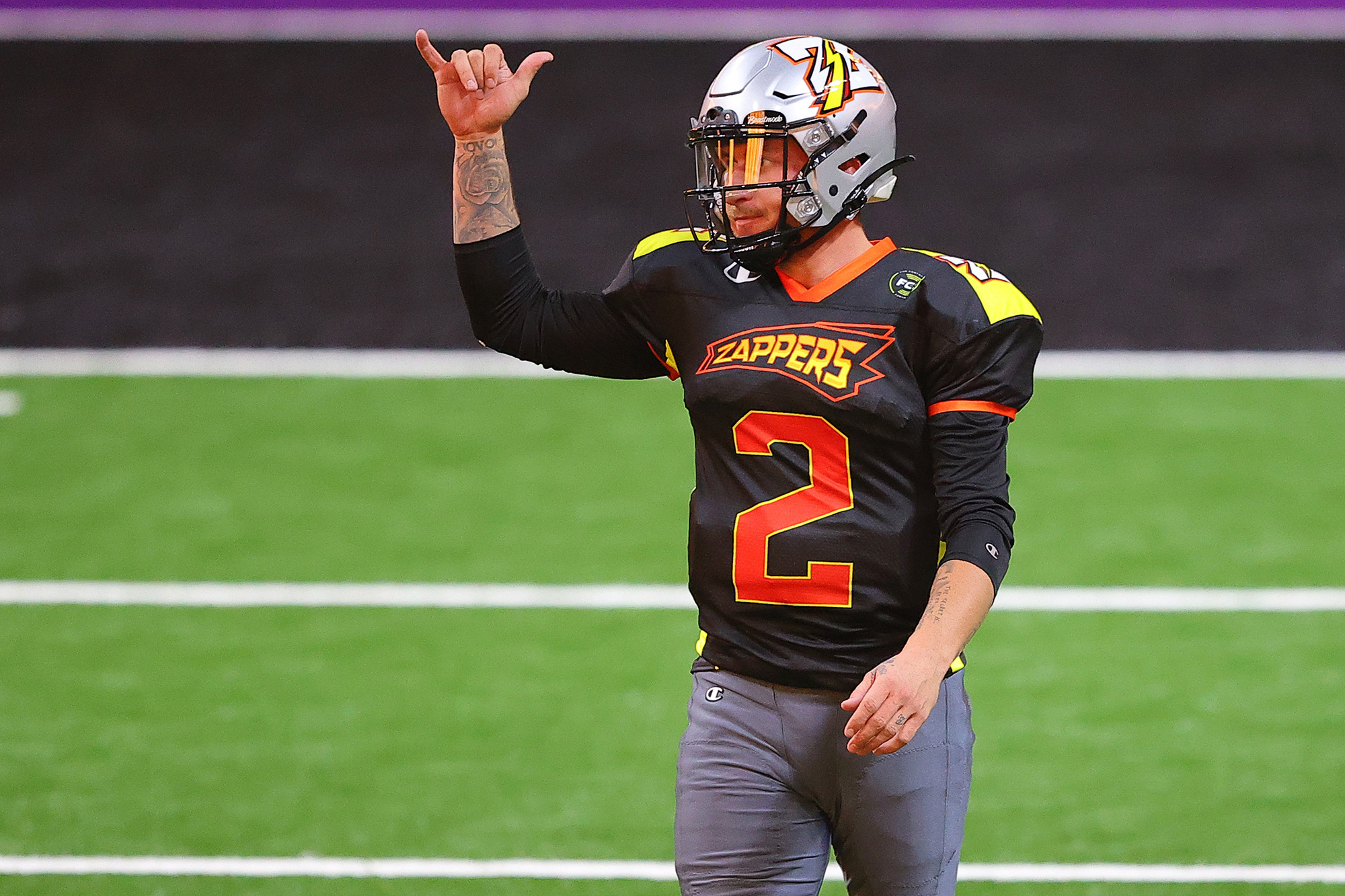 I'm not a fan of the gimmickry, but hope the league does well. Indoor football has always been a tricky proposition, and since it lives and dies by ticket sales, there's little room for financial error. (I suspect Mr. Manziel is getting $500 a game, if that.) For a lower-level indoor team, it likely would need attendance of 3000 a game just to stay afloat (not necessarily profitable).
#ignorehashtags
Top

Sporting News had a story about it today.

Since this is a six-week league, that means players will earn around $2,400 to $4,500 for their salary throughout the season. This is obviously much less than some other startup football leagues. For example, the XFL had an average salary of $55,000 and players in the Alliance of American Football were projected to make around $70,000 in their first year.

But both of those leagues were also over the course of a 10-week season.

I suspect Mr. Manziel makes more than the minimum, but it's not what one would call a viable career path. (BTW, the amounts paid in the AAF were actually comparable to what a player could have expected in the CFL, after adjusting for currency differences.)
#ignorehashtags
Top

I read an article on this new football venture with a quote from "Johnny Football". He said "Win or Lose, after the game we Booze". Sounds like a fun team.
I felt the change

Time meant nothing and never would again
Top


Unfortunately it does sounds like Johnny Football.
In the end, they will all pretty much taste the same.
Top
Post Reply
6 posts • Page 1 of 1